Things You MUST See, Do, and Experience When Visiting Manchester

Soccer. Oasis. Coronation Street… Ah, it must be Manchester! England’s ‘second city’ has given the world more than its fair share of cultural icons. And while London, Oxford, and Edinburgh might be further up the list of must-see cities for many tourists, Manchester still has plenty to offer. The city is the second most populated urban area in the UK, with over 2.55 million residents. It’s also the one of the most visited cities in the country, with iconic landmarks such as the Museum of Science and Industry, John Rylands Library, Beetham Tower, and, of course, Old Trafford – quite possible the most famous soccer stadium in the world. 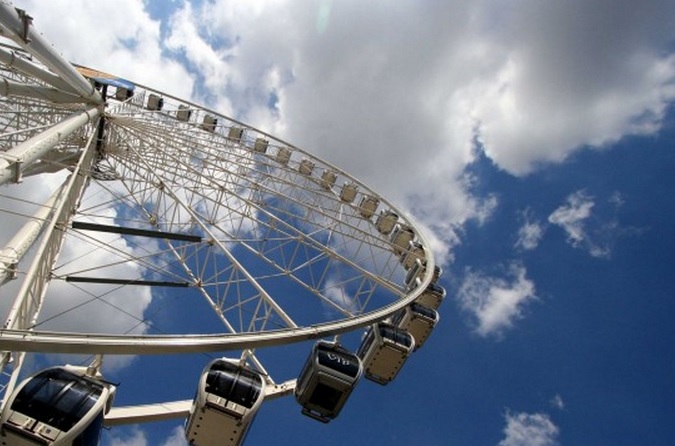 The Capital of the North is renowned for its cultural history, with more museums, galleries, and landmarks that you can shake a stick at it. There’s the People’s History Museum (which takes a look at the history of working people in Britain), the Imperial War Museum North (which explores the impact of conflict on contemporary society), and the Manchester Museum (home to works of anthropology, archaeology, and natural history).

Manchester has long been a football town. It’s home to both Manchester United and Manchester City football clubs – both of which have thousands of devoted supporters around the world. Manchester United’s Old Trafford is one of the biggest draws for sport lovers visiting the city. Fans can tour the ground, or catch a match – though, beware, tickets for Man Utd games are like gold dust! Manchester United was founded in 1878 (it was originally called Newton Heath before changing its name in 1902). Any football lover will know the influence of the team, who have won 20 league titles – more than any other English club. Man U have also won the UEFA Cup Winners’ Cup, three European Cups, and the FIFA Club World Cup. The club is the second-richest in the world, and is even listed on the New York Stock Exchange. Watching a Man U game is a must-do for anyone visiting the city.

Aside from its football heritage, Manchester has a thriving music scene. This is the city that gave birth to world-conquering bands like Oasis, Take That, the Hollies, the Bee Gees, and the Smiths. Music lovers can catch a concert from the world’s biggest music acts at the Manchester Arena – the busiest arena in the world after London’s O2, and New York City’s Madison Square Garden. Other music venues include the Manchester Academy and Manchester Apollo – where packed crowds come to watch music’s hottest new acts. If TV’s more your thing, visit Granada Studios – the home of Coronation Street, the world’s longest-running soap opera. Here you can take a tour of the set and take a glimpse behind-the-scenes of one of the UK’s most popular shows. Manchester is also home to some of the best restaurants, bars, clubs, and shopping districts in the whole of the North of England. In Manchester you can catch a theater show, grab a bite to eat at a top restaurant, or dance the night away at a late bar – the choice is yours!