If you’re looking to get away for New Year, Greece is an ideal destination where both New Year’s Eve and New Year’s Day are celebrated as carnivals of colour and cheer. 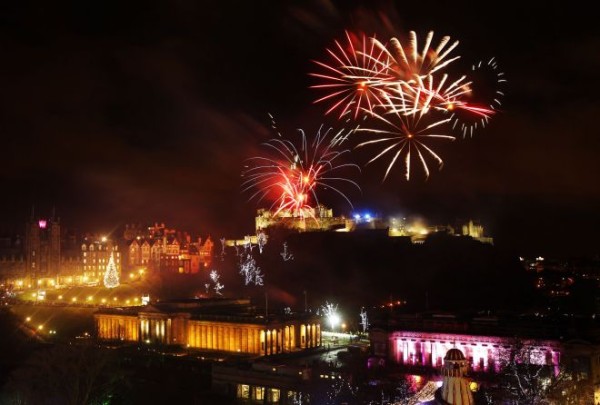 In Greece, New Year is not only celebrated on December 31, but also on January 1, which is a national holiday also known as Protohronia – in addition to marking the beginning of the new year, it’s also known as St. Basil’s Day, a day of remembrance for one of the early time saints of the Greek Orthodox Church who died on this date.

And this means New Year in Greece is a double celebration as the locals not only see in the new year, but also pay tribute to the generosity and kindness of St. Basil.

New Year’s Eve is a pretty noisy affair in Greece as there is a tradition of bursting firecrackers and fireworks – from the tiniest village on the smallest islands to major cities on the mainland, everyone from small children to grown adults will set off firecrackers as they watch the many organised fireworks displays.

The busiest areas of the towns and cities will often have concerts with live performances from all kinds of artists, while parties and feasts are also arranged with special dishes on the menu.

Food plays a massive role in Greek culture and New Year is no different, so if you head to a New Year feast expect to find Greek salads, spanakopita, (spinach pie), moussaka, Mediterranean quail, and any number of lamb and fish dishes.

And if you have a sweet tooth, there will be kourabiedes cookies (almond and pistachio butter cookies), and the cake of Vasilopita, a traditional and symbolic Greek dessert.

Vasilopita cake is cut up and dished out by the head of the household, with the first piece dedicated to Christ and the second piece to the house. The rest of the cake is given to the rest of the guests and if you find the cake’s hidden coin this is seen as a symbol of good luck and prosperity for the year ahead.

The Greek New Year is also a time for gift giving, games and singing. Children are very much part of the celebrations and are kept awake until midnight by playing games, receiving presents and going from house-to-house in the neighbourhood singing traditional Greek carols.

Once midnight strikes, the firecrackers come out and children also engage in mock-battles with plastic weapons and foam guns.

If there is a baby in the house, it will become the ‘New Year Baby’ and dressed in a sash and top hat and placed in a basket to become Dionysus, the Greek god of wine who was believed to have been reborn as the spirit of fertility on New Year.

One tradition that may be familiar is pothariko, where a person is invited into the house first at New Year to bring it luck, and small children are usually preferred for this as they free of sins and wickedness.

If there are no children about, some adults will arrange competitive tournaments where they’ll play cards games such as biriba (a version of rummy) or pilotta (a trick-taking 32-card game based on the French games belote).

Or you could simply enjoy the New Year’s celebrations as you would anywhere in the world, by spending time eating, drinking and being merry with friends and loved ones.