Sicily is a beautiful place that has experienced a lot of drama. Nevertheless, it is one of the top destinations in Italy, with its favorable climate all year-round. Both land and sea are spectacular plus the food and wine is something worth going back for. Like any other popular place, tourists flock to visit especially in the main cities and towns. But if you long to see the Sicily yet undiscovered, then you could rent a beautiful holiday villa via an online booking site like wishsicily.com and visit these hidden treasures of the island. 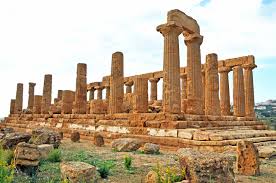 1. Mozia – This is an archaeological site located in Western Sicily between the towns of Trapani and Marsala on a remarkable location in a kind of shallow lagoon lined with salt flats and windmills characteristic of this part of the coast of Sicily. The terrain is flat and rural where you can find stretches of woodland, vineyards and fields. There is a small museum that houses the famous “Youth of Mozia” as well as extensive ruins to see.

2. Scicli – Located in the southeastern part of Sicily, this town is as fascinating and beautiful as its other more popular neighbors. Its name is thought to have originated from its founders, the Sicels. These were one of the main tribes that inhabited Sicily before the Greek colonists arrived on its shores. It came to economic and cultural peak during the Arab and Norman supremacies. There are lots of things to see such as lovely churches and palaces brimming over with architectural details such as gargoyles and swirls. The church of Santa Maria la Nova has a Byzantine wooden statue of the Virgin Mary. Stroll along Via Francesco Mormina Penna to see a perfect example of a late Baroque street.

3. Piazza Armerina – If you like adventure, then go inland deep into the Sicilian hinterland to find Piazza Armerina situated 721 metres above sea level. There is a famous hunting lodge of the 4thcentury AD built by a Roman patrician which is now home to some of the best preserved and huge samples of Roman mosaics in a total area of 3,500 meters. These mosaics, produced by North African artisans deal with numerous subjects such as Homeric adventures and mythological scenes.

4. Marzamemi – This fishing village in southeast Sicily is one of the prettiest seaside villages to be found in the whole of the island. The Arabs founded it in the 10thcentury, having also built the original tonnara (tuna processing plant) which later on became one of the most important in Sicily. It is not operational at present but the village continues is artisanal fishing and processing activities producing all kind of delicacies ranging from canned tuna, bottarga, smoked swordfish, marinated anchovies tuna salamis, just to name a few.

5. Enna – This is not only one of Sicily’s highest major cities; it is also the highest provincial capital in Italy at 931 meters above sea level. Historically, it is the only city in ancient Sicily that was not founded by foreign invaders. Instead, the Sicels from whom the name Sicily itself derives, established it. As such, it makes Enna one of the oldest continuously-inhabited cities on the island. It doesn’t have a coastline like all other capitals of the nine provinces. The main attraction is the Lombard Castle built by Frederick II in the early part of the 13th century. Of the original 20 towers, only 6 are remaining, with the Pisan Tower being the tallest, offering a breathtaking panoramic view of Sicily’s scenic Dittaino Valley.