From winter wilderness walking to a Caribbean cruise and some downtime in the Indian Ocean, we have the best deals 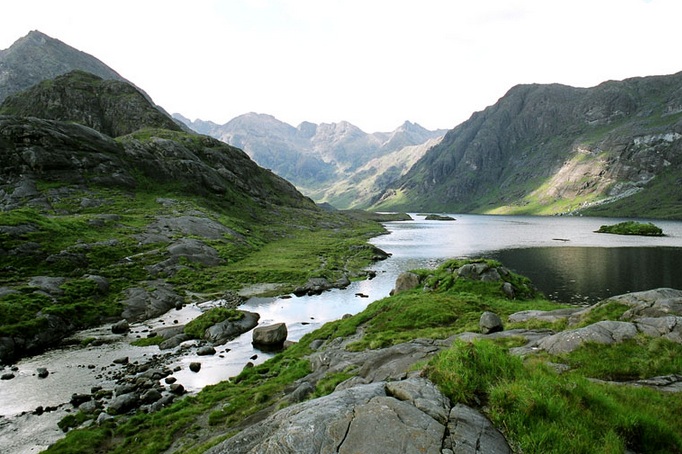 Explore one of Scotland’s most isolated communities, on the remote and hauntingly beautiful Knoydart Peninsula, during a tough, five-day guided walk organised by Wilderness Scotland (01479 420020, wildernessscotland.com). Departing on January 24, the walk involves ascents of Ladhar Bheinn and Sgurr Coire Choinnichean mountains and a trip afterwards to the Old Forge, believed to be the remotest pub on the UK mainland. The price is £695pp including four nights’ full-board at a Highland lodge and travel from Inverness and back.

If you stay one night on a half-board basis at The Culbone hotel (01643 862259, fihotels.com), on a hilltop in the middle of Exmoor national park, you can get a second night’s B&B for free. The offer is available until the end of February and works out at £160 for two people staying for the first night with a meal at its award-winning restaurant — then the second night’s B&B (worth £85) is thrown in. The Culbone’s restaurant is known for its use of fresh, locally sourced food, and the hotel has magnificent views of the Oare Valley.

Skiing doesn’t have to break the bank if you go at the last minute — especially in mid-January, when the best bargains are about. Ski Beat (01243 780405, skibeat.co.uk) has seven nights at the charming Chalet Marine in La Plagne from £348pp for departures next Saturday, or from £399pp on January 18; these prices are down from £594pp and £624pp respectively. Included are Gatwick flights, transfers, breakfasts, afternoon tea and three-course evening meals with wine. For family bookings, one free crèche or afternoon childcare session is also offered.

Horse-drawn sleigh rides, guided snow-shoe trips and cross-country and downhill skiing are among the many wintery activities to keep you busy on a break put together by Inntravel (01653 617000, inntravel.co.uk) departing next Sunday. The price for seven nights’ half-board in the cosy and traditional Hotel Meisser in Guarda (hotel-meisser.ch), return Heathrow-Zurich flights and transfers is from £1,010pp (a saving of £70pp). Guarda is a pretty village with cobbled streets and old houses. Other activities on offer include curling and tobogganing.

The Art’otel Amsterdam (arthotels.com) is a cool hotel with a lively bar and an art gallery close to the main train station in the heart of Amsterdam. Until the end of March three nights are offered for the price of two. This comes to €458 B&B (a saving of €229); click on the “offers” tab on the hotel’s website.

Starting in Florida on January 19, Royal Caribbean’s Freedom of the Seas seven-night Caribbean cruise heads to Haiti, Jamaica, Grand Cayman and Mexico. The price, offered by DialAFlight (0844 5566060, dialaflight.com), is from £1,129pp full-board, staying in an inside stateroom. This is 10 per cent off the usual rate, and flights are included. The ship comes with six restaurants, a casino, a surf simulator and an outdoor pool.

For a dream break in the Indian Ocean, take a look at the five-star One&Only Le St Géran, Mauritius, where you can stay for seven nights for the price of four — with breakfasts and dinners added in — if a break is booked before the end of the month; for travel until April 23. WEXAS Travel (020-7838 5892, wexas.com) is offering a week’s half-board from £2,427pp — a saving of £3,528 per couple — staying in a junior suite, with return flights and private transfers included. The hotel has a Michelin-star restaurant and overlooks a mile-long sandy beach.