Ethiopia: at home with history, wildlife and the wilderness

Despite its famine-ridden past, Ethiopia’s charms make it one of the loveliest and most diverse countries in Africa 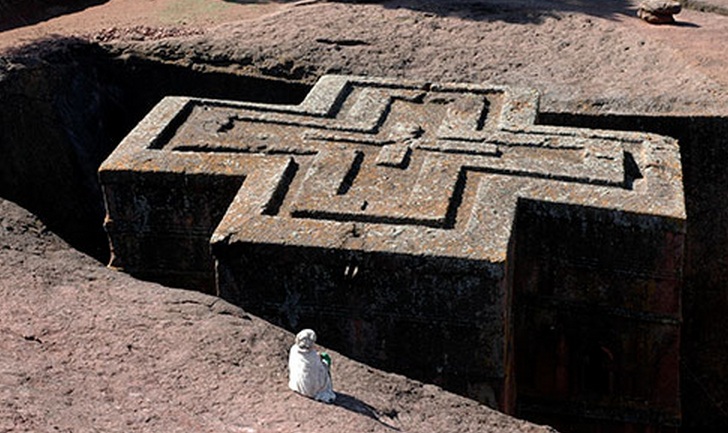 A mist-swathed drive in the Bale Mountains National Park of southern Ethiopia, and bats are jinking across the Jeep’s headlights as we zigzag our way along a potholed road. Up above the darkening Harenna Forest, Jupiter hangs in an indigo sky — a showy trinket amid hundreds of stars — and I’m happily enjoying this bone-shaking lightshow when my guide, James, cuts the engine.

“Over there,” he hisses, and oh, how I want to squeal, because here is a mountain lion of cartoon perfection, its body hugely muscular and golden-pelted — a dark mane scribbled over an astonishingly handsome face.

The lion eyeballs us, then, with a disdainful shudder, skips weightlessly away. “So lucky,” says James. “These are very elusive creatures,” and indeed I feel lucky, because this is only my second night in an environment where birdlife and monkey sightings are more the norm than big, shy cats.

Tourism in this charming country is still limited, still blighted to an extent by its famine-splintered past, and that is a shame, because Ethiopia is arguably one of Africa’s loveliest, most diverse countries, as I am quickly discovering here in the remote south. My drive here had uncovered ear-popping highlands that fall to vast fertile plains, then the central string of sheeny lakes flanking the acacia-pocked Rift Valley, and in this, one of 15 Ethiopian national parks, you find a scaled-down version of the country’s rich diversity.

I’m among the first guests at Bale Mountain Lodge — the brainchild of a former British Army colonel, Guy Levene. Here, thrilling nature-based expeditions led by the resident naturalist, James Kuria Ndung’u, dovetail with what promises to be pretty ground-breaking accommodation by Ethiopian standards.

Conservation-focused and powered by its own micro-hydro plant, this lodge has a glorious wilderness setting, as idealised as an old illustrated textbook to Africa. Baboons, like hoodie-wearing teenagers, swagger over grassy wetlands, while lichen-draped redwood trees are home to black-and-white colobus monkeys, long feathery tails flashing as they leap from branch to branch. And frosting this scene, jacarandas of ghost-pale blue add a colourful contrast within so much viridescence.

And what of the accommodation? In truth, my early arrival witnesses a work in progress, but by mid-December, there will be 15 sensitively designed guest rooms — some circular thatchedtukuls , some miniature semi-stilted treehouses — looking on to the jagged-toothed Mount Gujuralle. All lead down to the main lodge and restaurant, home to an enormous outdoor fire pit for lazy evenings gazing at the stars.

My time, however, is less about lazing, focusing instead on field trips that reap images as vivid as our rare cat sighting. A scrabbling hike to a waterfall, for example, where my limbs are nipped by dozens of vicious safari ants, is made tolerable by the glorious views over cascading rapids. This follows a dawn visit to the 4,000m-high Sanetti Plateau, a remote drizzly world patchworked with yellow shrub and cloud-scuffed basalt rocks: think Dartmoor, only with Ethiopian wolves instead of ponies.

And again we are lucky, for this, the rarest of the world’s canids, stands right ahead of us, busily marking its territory before trotting off in search of prey. Later still, huge wattled cranes power through the mist and black-headed siskins dance over babbling streams — in fact, the endemic bird and animal life I spot in Bale reads like a natural history roll call of fabulous creatures.

There are waddling porcupines like so many plump mohican-sporting punks; sweetly singing boubou and Abyssinian catbirds, too — and each morning I am hauled awake by a rather irritating pair of thick-billed ravens, their beaks rapping my window with the persistent determination of Jehovah’s Witnesses.

Mid-week, and I swap the Arcadian delights of the Bale Mountains for a brief stay in Addis Ababa. Ethiopia’s clogged capital uncovers a cacophony of sounds, smells and images. In Mercato, the city’s enormous marketplace, I am caught in a tangle of dust-choked alleys and sour-scented stalls, trailed all the while by kids shouting, “Hey , you! Farenji!”, as I slip on rotting vegetables and cough at the fumes from pyramids of roasting chillies.

It is a relief to escape this urban jungle and follow the tree-lined boulevards to Holy Trinity Cathedral, where I’m surprised to discover the flower-strewn garden grave of Sylvia Pankhurst — a modest tribute to her active campaign against Mussolini’s invasion of 1935. In stark contrast, a gloomy side chapel uncovers the vast granite tombs of Emperor Haile Selassie and his wife, their shape uncannily similar to giant matching tea caddies.

However, it is time to leave Addis and head north, to the oddball history-rich towns of Axum and Lalibela. In Axum, you can find the more benign legacy of Italian occupation: the eveningpasseggiata along shady Abinet Street. Guide books tend to dismiss workaday Axum, concentrating instead on the murky dollop of water that is the Queen of Sheba’s swimming pool, and the bland-looking, inaccessible chapel supposedly housing the Ark of the Covenant.

More impressive, however, are the soaring stelae — the flashy grave markers to early Axumite kings — but for me, these eventually pall against the town’s parochial charms.

I find enchantment in the zippy tuk-tuks, belching camels, and old men with faces as carved and striated as the sandy-hued hills of neighbouring Eritrea. It is in these details — auto rickshaws and cafés aside — that you sense how little Axum has changed since its inception as an important imperial capital.

En route to the stelae, I pass lush farmland, where ox-drawn ploughs till silvery fields of teff, the country’s nutrient-rich staple grain. I stop to chat to the Teemesegen family — three women, a father and a small boy, stoically threshing by hand under an unrelentingly hot sun. This arduous work yields just 16 birr a kilo (about 50p) in the local market. Zenebech, the father, simply shrugs. “It will take a day,” he says. “It will feed us.”

Lalibela proves the highlight of my time here, though. In this breezy highland town I sense just how inextricably Ethiopia’s present is aligned to its past. Extraordinarily, Lalibela remains a relatively obscure outpost, its cluster of subterranean medieval rock-hewn churches little known outside Ethiopia. In some ways, this is a blessing, for they exist less as historic monuments and more as living and breathing spiritual spaces, home to six-hour services that run day and night.

At night, I fall asleep to the sound of amplified Eucharistic drumming, then wake to the muezzin’s syncopated song. In Ethiopia, Christianity and Islam coexist most peaceably, though the jewel of this town is Bet Giyorgis — a sunken cruciform monolith dedicated to St George.

Bet Giyorgis is a dramatic place — especially when viewed from the hillside — dark shadows accentuating the roseate cross-shaped roof, yet inside, like an inverted Tardis, there is space only for the “Abba” and the chosen few alongside googly-eyed icons and the inevitable horde of ornate church treasures.

On a sun-stippled morning I join hundreds of white-robed worshippers around the church’s perimeter, for it is the saint’s feast day and people have travelled miles to attend this most special mass. Children assist their grandparents along the stony ground, and as the sun rises high in the sky, heads bow to the priest’s rhythmic prayer.

It is hard not to feel moved by this scene of quiet prayerfulness, the sweet morning air peppered with pungent incense, and, as I leave the worshippers, an old woman tugs at my arm, her eyes filmed with dust and grit. “She’s asking if you have eyedrops,” explains my guide, Netsayet. Amazingly I do, and as I squeeze the liquid under her lids, her eyes clear and her face broadens to a smile. I kick myself for not carrying more.

It is Lalibela’s people who affect me most profoundly. Netsayet, “call me Netty”, proves to be a wonderful guide, quickly educating me in the quirks of Ethiopian life — how to scoop up my “fasting food” meal, the healthy dollops of spicy lentils and beans that is traditionally served with a tripe-lookalike spongy flat bread calledinjera . “Always use your right hand, and it is customary to feed your companion,” he advises, then pops a conversation-stopping wodge into my mouth. Inevitably, I end up making a huge mess.

Netty tells me that we are in the year 2006 — Ethiopia follows the Julian Calendar — and I rather like this instant if temporary rejuvenation. Equally appealing are my lessons in the basics of the Amharic language — the tongue-twister for thank you,ameseghinalehu , reaps both smiles and laughs.

Smiley, too, are the children, who are quick to wave and, despite their clamours for “caramelle”, keen to practise their English. “Don’t give them sweets,” tuts Netty. “It will ruin their teeth and encourage begging.” Chastened, I accept a hug and a kiss from five-year-old Maryam, the sweet daughter of Alamsai, a local woman who educates me in the traditional ritual of coffee-making.

Ethiopia has fantastic coffee and this ritual, resulting in espresso-sized portions offered with popcorn, is no tourist-trapping event. It is what Ethiopians do; their chance to swap gossip over a leisurely, caffeine-fuelled hour. While Maryam recites her homework, a bizarre English tome full of odd little morals about tiny mice (“utility is more important than ornament”), her mother roasts the beans over charcoal and vigorously pounds them to a suitable powder with an old-fashioned pestle and mortar.

This article is provided by http://greenmummy.co.uk