Summer temperatures are rising, but autumn is just around the corner. Autumn in New York isn’t just a terrible movie, it’s also a wonderful idea for a holiday. As one of the most atmospheric cities in the world – with an extensive and gritty history going back to its days as New Amsterdam — it’s no surprise that Halloween in the Big Apple is a must for travelers. Here are some ways to make sure your visit is more treat than trick. 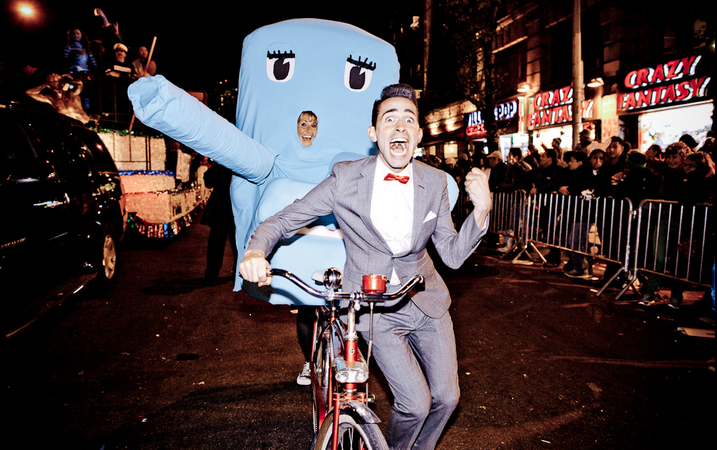 When it comes to culture, not many places can hold a candle to New York City. You could even say that New York burns its candle at both ends, to quote Edna St. Vincent Millay’s most famous poem. And if you’re a St. Vincent Millay fan or just a fan of literary culture in general, the Greenwich Village Literary Pub Crawl is a must-do for you. One of the stops on the crawl is the White Horse Tavern, built in 1880. It was a hotspot for some of the 20th century’s greatest writers including Dylan Thomas, James Baldwin, Norman Mailer, and Edna St. Vincent Millay. So sip a cocktail and make sure you do not go gentle into that good night.

It wouldn’t be Halloween without a ghost tour or two. Ghost tours aren’t just about screaming bloody murder – they are actually a treasure trove of historical information. If you have a few hours to kill, schedule a walking tour with one of NYC’s most spirited tour companies like Ghosts, Murders, and Mayhem or Boroughs of the Dead.

Sleep No More Again and Again

Sleep No More is an interactive theatre show created by the British theatre company, Punchdrunk. The show takes place in a five-story building which has been transformed into the quite creepy McKittrick Hotel for the show’s purposes. The production is based on Macbeth and features choreographed dances expertly performed by the actors. There is no spoken dialogue. Upon entering the hotel, all ‘guests’ are asked to don masks to distinguish them from the actors. The guests then walk from floor to floor experiencing different scenes playing out right in front of them. Sleep No More has captivated legions of fans around the world that come again and again. Because there are so many rooms and scenes to see, each time you see Sleep No More will yield a different theatrical experience.

After the show, take a late night stroll on the High Line, an elevated railroad track that has been converted into a linear urban park with beautiful views of Manhattan, including the Empire State Building. 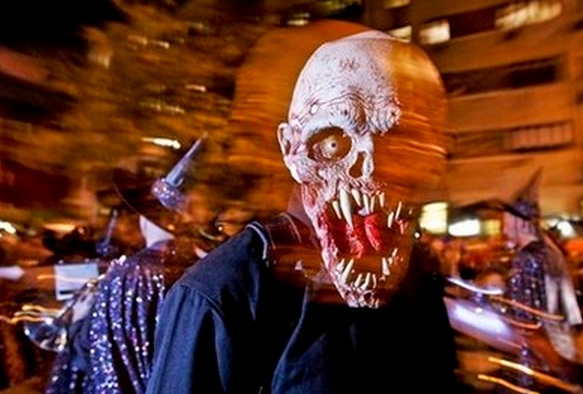 Take a Bewitching Trip to Salem

Take a week or two for this trip if you can, because missing out on autumn in New England would be a pity. Rent a car and drive from New York through Connecticut and onward to Massachusetts. You’ll be in awe of the beautiful changing of the leaves with their gorgeous reds, oranges, and yellows. Stop in at a local pub and order a tasty pumpkin beer brewed in one of New England’s finest breweries like Two Roads Brewing Company’s Roadsmary’s Baby or Samuel Adam’s Fat Jack Double Pumpkin. Walk around a small town reading Shirley Jackson’s The Lottery, one of America’s spookiest short stories. After reading, cleanse your palate by buying a US Powerball lottery ticket and maybe you’ll have a much happier ending than the characters in The Lottery. Get back on the road and enter Salem, Massachusetts. Throughout the entire month of October, the town famous for its 17th century witch hunt is holding spooky Halloween events including a Psychic Fair and Witchcraft Expo and numerous historical reenactments and tours.

Don’t Rain on My Halloween Parade

It’s not Halloween in New York without seeing thousands of people in fabulous and scary costumes! Join the 42nd annual Village Halloween Parade this October 31st. This year’s theme is ‘Devil May Care’. Put on a costume and head down to 6th Avenue and Canal Street from 7:00pm – 10:30pm for a festive evening full of glamour and fun.

Ah, I can almost smell the seasons changing. What are you waiting for? Buy a costume, buy a plane ticket, and go bobbing for apples in the Big Apple!