A weekend in… Thetford, Norfolk 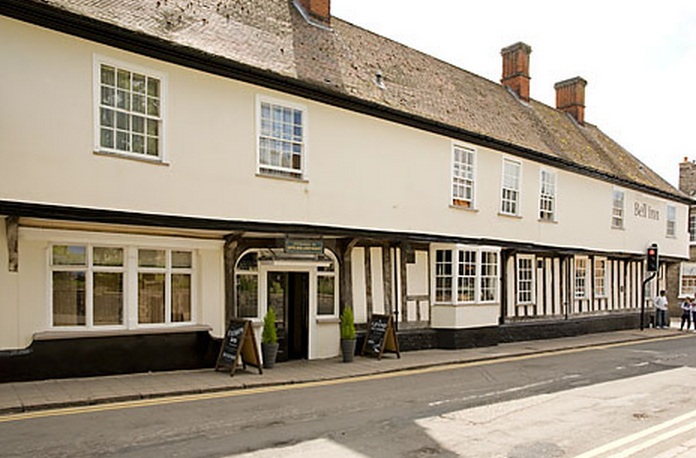 This little town is best known as the location for the BBC show Dad’s Army, but there’s much more to it than that

Now pay attention. I’m in Walmington-on-Sea rediscovering what it means to be English, which is a typically English joke for a start because the town doesn’t exist. It’s the fictional resort where Captain Mainwaring and the Home Guard kept the Hun at bay for years in the BBC television series Dad’s Army, which is enjoying a huge resurgence in popularity, with two million viewers tuning in to watch it on BBC Two last Saturday. And it was all filmed here in Thetford, not far from Norwich. In this interesting little town the series lives on, thanks largely to a Dad’s Army Museum, which keeps the flame of memory burning, so that’s where we begin our weekend.

The entrance is round the back of the gloomy Guildhall with Corporal Jones’ famous butcher’s van parked outside; also, there’s a museum volunteer who discloses proudly that he plays Private Pike on promotional tours. “Stupid boy!” he quotes as he ushers us in to inspect the emotional detritus of a series that drew audiences of 18 million at its height. At first it seems strange that something so dated should live so long. But listening to Run Rabbit Run on the speakers while reading stories of locals hauled in as screen extras and staring at props rescued from local gardens (Private Godfrey’s wishing well taking pride of place) we find it all rather lovely in the end, and somehow reassuring.

There’s a Dad’s Army Trail, too. We buy maps in Thetford’s tourist information office in King Street and follow a meandering route through the river-hugging town, observing spots where this or that scene was filmed, discovering in the process a truth about the England that Mainwaring nearly fought for. Some of Thetford’s architecture is pleasingly medieval (three churches), some is exotically Tudor (the Ancient House Museum, a worthwhile visit in its own right), but much is red-brick Sixties brutalism, a product of London overspill.

It’s a slightly uneasy mix, brought into focus as we stroll into the area’s cultural gem, the vast and ancient Priory ruins run by English Heritage and offering an atmospheric triumph – apart from the gangs of screaming kids dragging bikes shamefully over the stones. Another Dad’s Army phrase comes to mind as my wife ticks them off: Ruddy Hooligans. Thomas Paine, author of Rights Of Man, and Queen Boadicea, scourge of the Romans, also hailed from Thetford and surrounds and both are commemorated here in museums and monuments, so the town really is representative of wider England. Yet it is Dad’s Army that rules our emotions, not least by the Little Ouse river where Mainwaring’s statue sits on a bench, surveying a building site, eternally.

And so to the Elveden Inn on the Guinness family estate, which spreads through acres of farmland and forest just south of town and also boasts a series of elegant shops ringing a converted farmyard. We fall on the local produce shop and later find the Inn itself a pleasant place to slump and eat and recover from all that nostalgia. Next day, however, we stumble on another piece of old Englishness that takes our breath away.

In nearby Elveden churchyard lies the grave of Duleep Singh, Maharaja of Lahore, exiled from India in the interests of the British Empire in the 19th century and settled on the Elveden estate, becoming quite the English country gentleman before dying a broken man in 1893. His burial plot alongside the busy A11 so far from India seems poignantly misplaced, but at least the road is being improved and redirected for summer 2014, so the churchyard will grow quieter soon.

We travel on to walk the Great Eastern Pingo Trail just north of Thetford. But as Sunday declines we drive towards Bury St Edmunds to visit Ickworth, a vast 18th century National Trust pile designed as an Italianate mansion and extraordinary in its reckless scope and domed grandeur. We’re open-mouthed at first, but soon realise that an Italian palace is no more unusual here than a dead Maharaja, or a town that clings to streets that never existed. It’s very English, all of it. Nothing to worry about. Don’t panic.

Nicholas Roe was a guest of the Elveden Inn (01842 890876,elveden.com), which has comfortable rooms five minutes from Thetford. Part of the Elveden Estate, which is owned by the Guinness family, the inn is currently AA Pub of the Year. Doubles cost from £105.

The Elveden Inn’s restaurant is pleasant and the food’s excellent. Starters such as ham hock terrine with toasted walnut bread (£5.75) are followed by mains of, for instance seared pork tenderloin with dauphinois potato, caramelised apple and honey mustard sauce (£11.95). The Chequers (thompsonchequers.co.uk) at nearby Thompson village is a beautiful old English pub selling reasonably-priced food including Sunday roasts from £10.95.