A weekend in… Naples, Italy 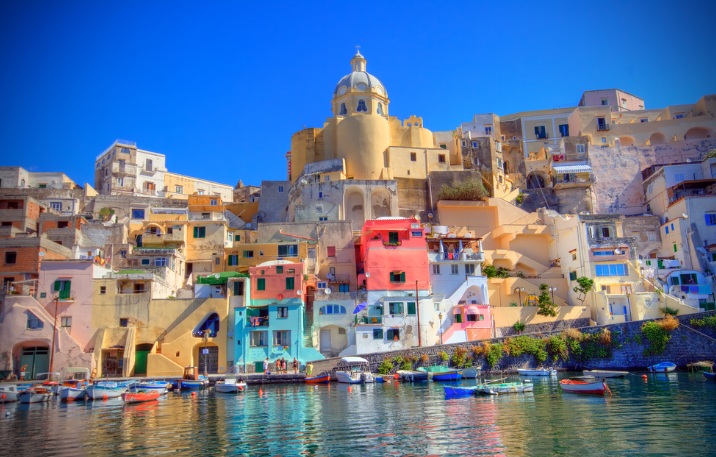 Reluctantly leaving the city and the best street food in Europe, I come away with a new motto: see Naples and diet

The high street is empty, the shops are shut, the theatre is dark. Even the brothel is deserted, despite the excellent customer reviews painted on the walls. In other words, it’s the perfect time to visit Pompeii, while the low winter sun struggles to push away the clouds and tourists are outnumbered by (mostly friendly) stray mutts. It certainly adds a frisson to the 2,000-year-old mosaic in front of one house that reads Cave canem: beware of the dog.

Brits have a long and complicated relationship with Naples. Goethe urged Enlightened Man to “see Naples and die”, but while he was talking about the heart-stopping vistas, English visitors on the 18th-century Grand Tour were soon reporting pandemics of venereal disease, giving the poet’s endorsement something of an ironic twist. More recently, the city’s reputation for crime (both organised and disorganised) and poor sanitary conditions have won more headlines than its cultural attractions.

That doesn’t reflect the Naples I see. Yes, navigating around the hills that this sprawling city is built on can be a challenge, to which the answer is getting to grips with the network of funicular railways, taking short taxi hops (surprisingly cheap) and investing in good footwear. You need to be as careful about street crime as you would in Rome or Florence. And no, you won’t find a charming trattoria or sun-baked cloister in the Spanish Quarter, a grotty warren of alleys that extends down one side of the bustling thoroughfare of Via Toledo — but a visit there is not compulsory.

Naples’s distinctly wonderful cultural heritage, however, is all around. Of course there are Pompeii and Herculaneum, 25-minute trips out of town. If you enjoyed the British Museum’s recent exhibition, the experience is all the more enriching. The finest items chiselled off the walls of Pompeii’s houses never made it to the show, however: they are on permanent display in Naples’s Archaeological Museum. True, it’s a poorly funded and badly maintained building, and it doesn’t have a fancy café, so just feast on row upon row of exquisite Roman paintings and friezes, among them the enormous floor mosaic of Alexander the Great fighting the Persians, a likeness I pleasingly recognise from my old children’s encyclopaedia.

To see what the next generation of Neapolitans got up to — the early medieval Christians — we walk up the Capodimonte hill to the catacombs of San Gennaro. Recently refurbished, extended and reopened by an enterprising co-operative that offers bilingual tours, the network of tombs and chapels contains frescoes dating from the 5th to the 11th centuries, and eerie stone coffins now sit alongside contemporary art installations. That evening, it is dramatic serendipity that serves up Verdi’s Aïda at the city’s opera house, the Teatro di San Carlo (the oldest and biggest in Italy), since the opera culminates in its two main characters being entombed alive. Sitting in one of the theatre’s jewel-like boxes, I have two views: either the stage action or (using the handy mirror designed for the purpose) the fur coat-wearing VIPs in the royal box.

In the narrow streets that comprise the old centre, the weekendpasseggiata (evening stroll) means being crammed into slow-moving but good-natured crowds. They are milling around for the same reason we are: to see everything and then eat everything. We stop in at the Sansevero Chapel and process past The Veiled Christ, an exquisite Baroque statue of the dead Jesus by Giuseppe Sanmartino, realistically shrouded by a marble “veil”. Even more arresting is Caravaggio’s altarpiece, the Seven Works of Mercy, hidden in the church of Pio Monte della Misericordia, an allegorical depiction of Christian charity that includes a scene where a woman is suckling an elderly prisoner. Like the city, this canvas is enormous, unconventional and compelling.

There are two ways you can refuel: either on the best street food in Europe, and possibly the world — no frills, no faff, jaw droppingly good pizza, sticky puddings (the best are called sfogliatelle: small, crispy stuffed croissants) and tar-black espresso; or settling in at a restaurant with a bottle of crisp, aromatic fiano and any number of fishy pasta recipes. We do it both ways, and eventually end up at a new-ish restaurant, Ecomesara, which has set up in an unfashionable old town snicket (alley) doing fashionable things with Neapolitan specialities such as paccheri (large round tubes of pasta) and octopus and clams. Reluctantly leaving the city, I come away with a new motto: see Naples and diet.

Neil Fisher was a guest of Kirker Holidays (kirkerholidays.com; 020-7593 2283) which has three-night B&B breaks staying at the Grand Hotel Parker’s hotel from £498pp including flights and private transfers. Tours of Pompeii and Herculaneum can be arranged.

British Airways (ba.com) has flights to Naples from £120 return.

Fiorentini Residence (fiorentiniresidence.it, +39 081 790 1004). Charming rooms occupy two floors of an office block. Fantastic location for all the central sights, just a stone’s throw from the Royal Palace. Breakfast is served in the rooms whether you like it or not. B&B doubles are from €80 euros.

Grand Hotel Parker’s (grandhotelparkers.it, +39 081 761 2474). Luxury in a peculiarly British way, reflecting the fact that this übertraditional hotel was bought and relaunched by an English marine biologist in the 19th century. Beautiful bay views from a sedate location in the Chiaia district. B&B doubles from €157.