A weekend in… Bergamo, Italy

Bergamo may have opened  up to visitors, but its elegant 19th-century streets are authentic Italy — as is the food

Bergamo’s città alta (hill town) rises above the 19th-century modern town. It’s an intriguing jumble of towers and church cupolas. The airport bus drops me and my husband at the funicular, which heightens the excitement of arriving in a new city as darkness falls. It trundles up through the vast city walls.

We soon get lost in the medieval cobbled streets. I ask a butcher for directions. He’s standing outside his shop chatting with a couple of friends. He laughs and says I am crazy to be walking in the rain without an umbrella.

Our hotel is built into a 12th-century watchtower that soars up above my head. The lobby is cutting edge 21st-century chic and makes a great setting to sip prosecco — I am, after all, just 40km (25 miles) from Milan.

We eat at Da Mimmo. Even though it is almost ten o’clock, the restaurant is buzzing. Two kids are crawling silently under the tables, between the feet of the elegantly dressed diners. No one bats an eyelid. Da Mimmo is a real family restaurant and opened in 1956. The younger generation serve the food while grandpa sits regally behind the cash till. The family was part of the mass migration from the south of Italy and introduced the city to pizza. Now it’s an institution and on the menu are classic local autumn dishes. We order pumpkin pasta and fungi porcini with polenta.

There’s plenty to explore the next day, starting with the beautiful Renaissance Piazza Vecchia. Bergamo was controlled by Venice from 1428 until Napoleon arrived in 1797, when a huge party was held in the square. A broad covered staircase leads up to the Gothic Palazzo della Ragione. Inside is a small rotating collection of Old Masters from the prestigious Accademia Carrara, one of Italy’s great collections, which is being renovated.

The modest Baroque cathedral has a fascinating crypt with Roman remains and fantastically preserved medieval frescoes, but is overshadowed by the extravagantly carved doorway of the Basilica of Santa Maria Maggiore and the Cappella Colleoni. The latter is a masterpiece of Lombard architecture and contains the tomb of Bartolomeo Colleoni, a mercenary general in the pay of Venice. 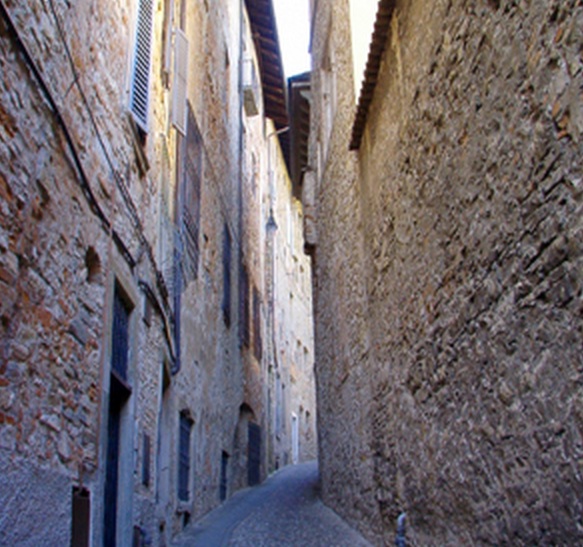 In the centre of the square is a fountain flanked by chained lions, a gift from the Venetians. It once made way for Garibaldi but it’s now back in place. Bergamo played a prominent role in the Risorgimento (Italian unification), contributing the largest regiment to Garibaldi’s thousand.

After a brief espresso stop in Caffé del Tasso, which opened in 1476, we take a second funicular up to San Virgilio past lush gardens and trees laden with persimmons. As soon as we arrive the driver locks the door of the funicular station with a padlock. It is closing for a long lunch so we can’t linger. He tells us the bus down leaves in five minutes. We pass on two of the city’s best restaurants, quickly admire the mist tumbling over the hills and hunt for the bus. The funicular driver is now the behind the wheel of the bus. “I was waiting for you!” he laughs as we jump on board. It stops by another local institution, Caffé La Mariana, which claims to have invented stracciatella (a form of chocolate-chip) ice-cream in 1962 and sells mouthwatering iced biscuits. I buy a heart-shaped one for my husband. There is something romantic about Bergamo.

Bergamo may have opened up to tourists since it became a Ryanair destination, but its elegant 19th-century shopping streets are authentic Italy. Designer style reigns supreme. There’s more informal shopping too; on Sunday morning there is an antique market in the Piazza Vecchia and the main street, Via Colleoni, is buzzing with people, many of them day trippers from Milan. Tresoldi, with its lovely old-fashioned front, has been a one-stop shop since 1938. The window is filled with scarpinocc, ravioli filled with cheese and shaped like pointy medieval shoes.

It makes us hungry, so we lunch on tallegio, Bergamo’s flagship cheese, in a stylish wine bar, M1.lle, near the two Doric-style temples, the Porta Nuova, built by the Austrians who occupied the city in 1815. The restaurant is buzzing. We sit back and soak up the atmosphere.

Need to know
Ryanair (ryanair.com) has flights to Milan Bergamo from Stansted and regional airports.

The budget hotel
Hotel Arli (00 39 035222014; arli.net) by the Porta Nuova is a modern hotel in the lower town, which has good value yet smart double rooms for €94. Its draws are the friendly staff and central location. The airport bus stops near by.