3 Historic UK Hotels You Must Stay In

The world is full of so many beautiful hotels; however, nothing can quite compare to the beauty and intrigue of a historic hotel. If the walls could talk there would be plenty of stories to be told, which is why we’re recommending three historic UK hotels you must stay in.

The story of RMS Titanic and her passengers has caused much intrigue since the ship sank on 15th April 1912, taking the lives of 705 people. It’s no surprise why 30 James Street has become a popular luxury Liverpool hotel, as the building once served as the famous liner’s port of registry. 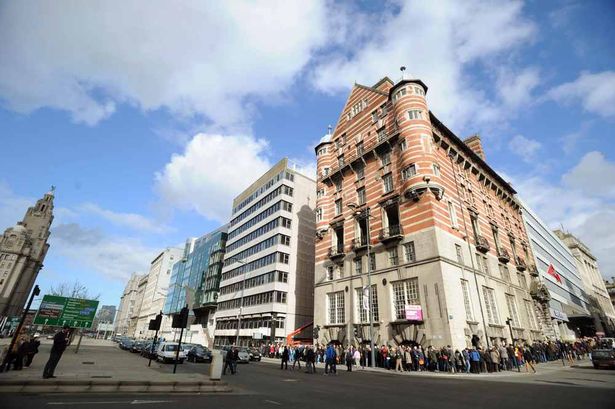 30 James Street is the former headquarters of the White Star Line, which is the shipping company behind RMS Titanic, RMS Olympic and many more vessels. To commemorate the Grade II* listed building’s connection to the sunken vessel, 30 James Street now serves as a beautiful Titanic-themed hotel, with each room named after a passenger or link to the ship and the shipping company.

Dalhousie Castle is a centuries old property that’s played host to Queens in exile, infamous warlords and both foreign and domestic Kings. It is also the historic seat of the Ramsays of Dalhousie, with King Edward I staying with the family the castle during the thirteenth century.

Henry IV also laid siege to Dalhousie Castle for six months in 1400, which was the final time an English King personally besieged a Scottish castle. It was also in this very building that Ramsay saved the life of James I, who was soon to be the King of England and Scotland. Ramsay fortunately foiled the kidnap plot and killed the attacker. 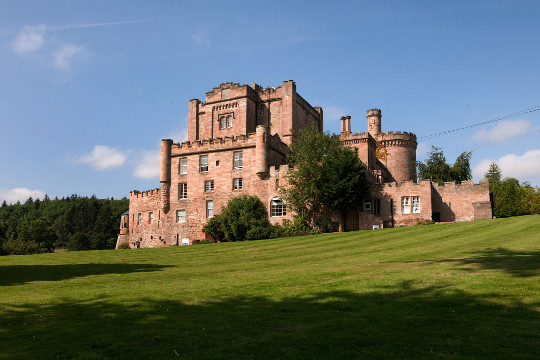 Oliver Cromwell also used Dalhousie Castle as his military headquarters for the invasion of the lowlands in 1641.

The castle now serves as a luxurious 35 bedroom hotel, offering some themed accommodation to celebrate the castle’s heritage. You can also take a dip n the hydro pool or enjoy a relaxing sauna, steam room and a fantastic sun room. Staff also greet guests in the traditional Scottish attire of sporrans and kilts.

The Feathers Hotel is steeped in history, as you only have to take a look at the building’s exterior to recognise the authentic Tudor style. The historical hotel and inn in Ludlow was built in 1619 by Rees Jones, a local lawyer, who came to the town to pursue a career at the “Council of the Marches”. 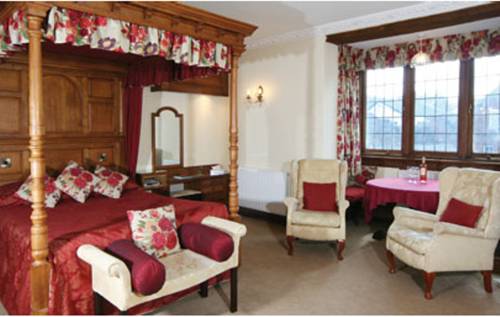 It is widely believed that Royalist soldiers lodged here during the English Civil War. Following the war, the property was converted into an inn by Thomas Jones, the son of a builder. It continued to run as an inn for approximately 200 years, and was also a venue for cockfighting. It wasn’t until 1863 that it became The Feathers Hotel, and the property still maintains all its original features, which is why the New York Times claimed it to be “the most handsome inn in the world”.