If you are planning a jaunt to the Scottish capital this year, there are some things that you need to know prior to your departure. Scotland, in particular, Edinburgh is a stunning place. It is steeped in history and is home to a plethora of museums and galleries. However, there are some quite bizarre and interesting facts about Edinburgh that you may not know. Of course, some of them may be urban legends, but some of them may just be true… 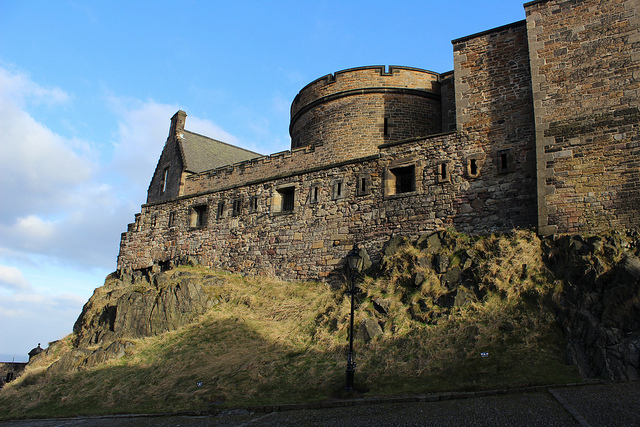 1. Edinburgh has a population of over 450,000. However, this figure is somewhat doubled to over 1 million people when tourists flock to the busy capital for the plethora of festivals that take place during the summer months.

2. Harry Potter and Edinburgh buffs alike will be thrilled to know that JK Rowling wrote the first book, Harry Potter and the Philosophers Stone, in a cafe in Edinburgh. If you are feeling the need for literary inspiration then head to Edinburgh and spend a lazy afternoon in one of the many cafes that the capital has to offer. You never know, you may find yourself writing a much loved children’s book.

3. Sean Connery grew up in Edinburgh. If there were ever a reason to visit Scotland, it should be based on that fact alone.

4. Culture vultures will be pleased to know that the Old and New Towns of Edinburgh have been awarded UNESCO World Heritage Site status. Rome and Venice have been given such lofty accolades too. So, if you can’t afford to head to Italy this year, then you gain the same cultural insight by visiting Edinburgh.

5. Like Rome, Edinburgh was also built on seven hills.

6. In Edinburgh’s Old Town, you can visit a now disused underground series of streets that are referred to as Real Mary King’s Close. The area was built over once the population grew. This fact is both eerie and wonderful.

7. What is more, Edinburgh was also awarded the world’s first UNESCO City of Literature status in 2004. If you are something of a bookworm, then head to Edinburgh. You can find places to stay via Venere.

8. 75% of Edinburgh’s buildings are listed

9. The Scottish nation animal is the mythical unicorn. However, if you happen to catch a glimpse of one, it may be due to the sheer amount of whiskey consumed at the Edinburgh Whiskey Museum.

10. While Edinburgh may be the capital city, it is the second largest city, after Glasgow.

11. Edinburgh has a rather charming nickname: Auld Reekie. This roughly translates as Old Smokey and pays homage to periods of time where the city burnt coal and wood, creating a warming fog throughout of the city.

12. Paranormal fans will love to visit Edinburgh. Edinburgh Castle is said to be the most haunted place in Europe. What is more, it is home to a violent poltergeist named Mackenzie Poltergeist.

13. Burke and Hare, the body snatchers, operated within Edinburgh. If you want to see Burkes death mask (and let’s face it, who wouldn’t want to) you can do so in the Surgeon’s Hall Museum in the heart of Edinburgh.